Phishing-as-a-Service on the Rise with Caffeine 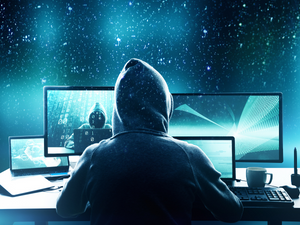 Threat actors may now launch their own sophisticated assaults thanks to the emergence of Phishing as a Service (PhaaS) platforms like “Caffeine.” Through an open registration procedure, anyone who wishes to launch their phishing campaign can sign up on these platforms.

Security experts at Mandiant discovered the first sighting of these threats while investigating a large-scale phishing campaign. The purpose of this campaign was to steal Microsoft 365 credentials.

The company noticed that the threat now known as Caffeine was a problematic PhaaS platform with a low entry barrier and a feature-rich nature.

Although phishing assaults are made possible by an underground economy, Caffeine was the first to stand apart from other phishing-as-a-service platforms.

This generation of PhaaS platforms quickly gained popularity because they offer built-in features for cybercriminals rather than paying service providers who do the work.

The Caffeine-like platforms lower the entry barrier for cybercriminals compared to other PhaaS platforms by allowing anyone with an email address to register for its services. Other platforms require an endorsement or referral from existing subscribers or to work directly through underground forums to access their services.

When Caffeine was first discovered, the investigation revealed that the platform has an entirely subscription-based license structure, with several service tiers and the ability to sign up for a Core Caffeine account.

The administrators of Caffeine announced many significant changes to the platform, including the addition of new features and support. But, aside from that, “attackers have a variety of alternatives at their disposal for phishing email designs, including webmail phishing lures targeting subscribers of major Russian and Chinese services.”

Threat actors are always looking to improve their methods regarding phishing attacks, especially in response to improvements in automated detection techniques by email and security protection platforms.

When Caffeine was discovered, Mandiant researchers advised companies to implement necessary security methods to protect themselves from this type of attack.

The Caffeine phishing platform makes it easy for inexperienced cybercriminals to launch sophisticated attacks. Companies should implement necessary security measures to protect themselves from this type of threat.