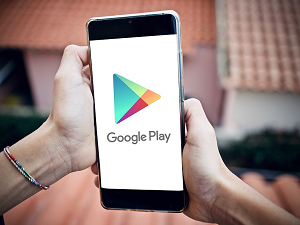 A small but important change is coming to your Android apps.  Soon you’ll notice a new Data Safety section on the Google Play Store which will provide greater transparency about exactly what data the apps you install are collecting.

The change is meant to serve as a “privacy label” that will allow users to evaluate the data an app will collect on them before they install it, so they can make better and more informed decisions about what to install.

The new feature will also give users access to more than just the high-level view.  For additional details, they’ll be able to click on any given data category to find out the particulars involved.

That sounds amazing but believe it or not, there’s more.  The third leg of the new Data Safety section will include details about the app’s security practices, outlining what specific mechanisms the developers use to protect and safeguard collected data.  Here, users will also be able to see if they’re given the option to ask for the deletion of their collected data at any time.

On top of that, the new Data Safety section will specify if the app in question adheres to the Google Play Families Policy which is aimed squarely at protecting children.

Google is taking a careful and measured approach to the rollout. So if you have an Android device, don’t expect that you’ll start seeing details in the Data Safety section right away. It will happen over the next few weeks. It will appear and then get increasingly fleshed out.

As of now, app Developers can begin declaring how collected data is used and they have until July 20th of this year (2022) to complete their submissions.

These are fantastic changes.  Kudos to Google for this.  Great news indeed.