This Popular Fitbit Watch Has Been Recalled 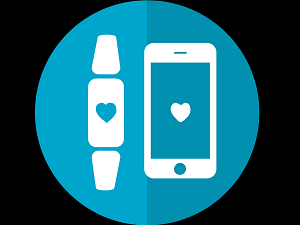 Do you own an Ionic smartwatch?  If you haven’t heard yet, be advised that Fitbit has issued a voluntary recall of the devices produced between 2017 and 2020.

It’s also worth mentioning that at the start of this year (2022) FitBit was acquired by Google. So if the contact information you see on the FibBit website is no longer accurate, Google will be able to point the way.

Based on company statistics, more than 1 million Ionic smartwatches are impacted by the recall. If yours is one of them, you can return your device for a $299 refund.

The company cited burn risk as the reason for the recall. Although at present, neither the FitBit engineers nor the engineers at Google have been able to get to the root cause of the issue.  All they know so far is that “in very limited instances the battery in the Ionic smartwatch can overheat, posing a burn hazard.”

In addition to the offered refund, users impacted by the Ionic recall will be given a special discount on select FitBit devices, bands, and services for a limited (but unspecified) time.

The easiest way to determine if your Ionic smartwatch is impacted by the recall is to simply check the back of the device.  If it displays the model number as “FB503” then it’s included in the recall.

The company released an official statement regarding the matter which reads as follows:

“Customer safety is always Fitbit’s top priority and out of an abundance of caution, we are conducting a voluntary recall of Fitbit Ionic smartwatches. We received a very limited number of injury reports – the totals in the CPSC announcement represent less than 0.01% of units sold – of the battery in Fitbit Ionic smartwatches overheating, posing a burn hazard. These incidents are very rare and this voluntary recall does not impact other Fitbit smartwatches or trackers.”

And now you know!  If you have one of the affected devices, take full advantage of the refund and offered discounts.