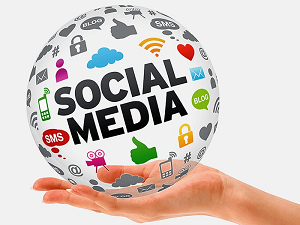 An increasing number of scammers are using social media to target victims and relying on social engineering tricks to convince people to part with their personal information or money.  The problem has grown serious enough that the FTC (Federal Trade Commission) has issued a formal warning to consumers.

According to a recently released FTC report:

“More than 95,000 people reported about $770 million in losses to fraud initiated on social media platforms in 2021.

Those losses account for about 25 percent of all reported losses to fraud in 2021 and represent a stunning eighteen-fold increase over 2017 reported losses. Reports are up for every age group, but people 18 to 39 were more than twice as likely as older adults to report losing money to these scams in 2021.

More than half of people who reported losses to investment scams in 2021 said the scam started on social media. Reports to the FTC show scammers use social media platforms to promote bogus investment opportunities and even to connect with people directly as supposed friends to encourage them to invest.

Overall cryptocurrency scams are regarded as the number one threat for investors in 2022, according to a new report from the North American Securities Administrators Association (NASAA). However, the FTC is cautioning all users to exercise caution and develop better habits when scrolling through their favorite social media platform.

They recommend setting limits on who can see your posts, taking advantage of increasingly robust privacy controls, opting out of targeted advertising, and doing more due diligence on any company you plan on doing business with before buying anything from them.

It’s good advice in general but it is especially important now given how prevalent social media-based attacks are becoming.