This Malware Could Be Using Your PC To Make Money 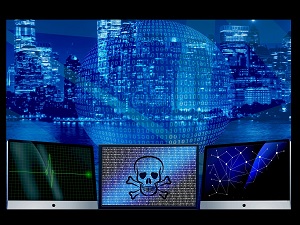 If you haven’t heard of a malware strain called Crackonosh, be aware that it might be abusing your system, and specifically, Windows Safe Mode, to make money for its controllers.

In fact, since it was first discovered, researchers at Avast estimate that Crackonosh has quietly generated millions by enslaving PCs around the world and using them to mine cryptocurrency.

Crackonosh is only a few years old, having first been spotted in the wild back in June of 2018. It has spread like wildfire, leveraging the popularity of file sharing (torrent) websites where it piggybacks inside compressed files containing music, movies and cracked versions of in-demand software.

The malware’s design is fairly clever, and before it tries to install itself on a target system, it will scan for the presence of antivirus software running on the target machine, then attempting to disable it and delete Windows Defender. Once that’s done, Crackonosh takes the additional step of deleting the log file, essentially destroying the evidence of its misdeeds.

Finally, it deploys a cryptocurrency mining software called XMRig, utilizing your PC’s resources to mine Monero (XMR), and modifies the registry so that the machine reboots in Safe Mode. That is incredibly clever, because by design, when a computer boots up in Safe Mode, (which is used primarily for diagnostic purposes) only a minimal tool set loads, which doesn’t include antivirus software.

Based on Avast’s research, Crackonosh is infecting around a thousand machines each day, and so far, nearly a quarter of a million machines have been bent to the will of the group controlling Crackonosh. That amounts to a lot of Monero mining power. Estimates are that it has enabled them to mine more than 9000 XMR, which, based on current prices, amounts to more than two million dollars.

In any case, if you’re a fan of torrent sites, beware of Crackonosh. While not overtly harmful, it will allow hackers to steal your processing power and profit from it.