Here Is How The New iOS Update Improves Privacy 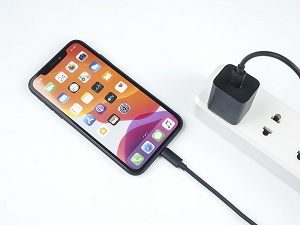 Targeted advertising has become a mainstay of life on the web these days. You do a search on Amazon for say, exercise bikes, and then, just about every other website you visit will show you ads relating to your recent search. It’s almost scary how good the ad targeting is.

If you’re not a fan, there’s good news. Apple has decided to do something about it.

With the release of iOS 14.5, they introduced a new feature called ATT, which stands for App Tracking Transparency. It’s purpose is to make the types of ads described above a whole lot less common.

It works by placing hard limits on the data collection practices that are essential for displaying targeted ads Also, as you might expect, the decision is generating tons of backlash from retailers around the globe. After all, most of them have made targeted advertising a central component of their online ad strategy and this change stands to upend the apple cart.

Simply put, the new feature requires apps to get users’ permission before tracking their data across other companies’ websites and apps for advertising purposes. All you, as the user, have to do is select the option “Ask app not to track” and the app’s developers will be denied access to your data.

This is a big win for the end user on two fronts. First, app developers won’t be able to track your movements around the web, so they won’t have a window into the various sites you visit. Second, they won’t be able to share what data they do get their hands on with third party data brokers.

Privacy experts love the change, and it certainly won’t hurt Apple itself; the company makes most of its profits from hardware sales and the services they provide. Advertising revenue is a small piece of Apple’s pie.

So far, there’s no functional equivalent in the Android ecosystem, but depending on how well it is received, you can expect something comparable to appear before very long. Kudos to Apple for taking a big step in the right direction where privacy is concerned.