Microsoft Cortana Will Be Removed From The App Store 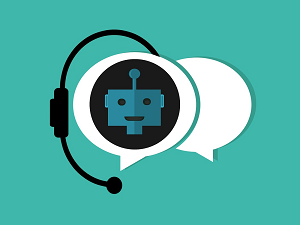 It’s no secret that Microsoft is one of the 800-pound gorillas of the tech world. Even so, there are areas where the company undeniably struggles.

Their Internet Explorer browser was a disaster from day one. It was ultimately retired in preference for Microsoft Edge, which has some supporters, but still lags far behind Chrome and Safari, and even Mozilla’s Firefox.

In a similar vein, Microsoft has struggled to make a name for itself in the virtual assistant arena. Amazon’s Alexa app boasts more than fifty million installs on the Google Play store, and legions of loyal users are addicted to Google’s native assistant. On the other hand, Cortana boasts a little over a million installs on the Google Play store. It is a pale shadow compared to the other two, and is a virtual non-entity in the Apple ecosystem, where Siri reigns supreme.

Given this, Microsoft recently decided to pull the plug, and Cortana has begun to vanish from the app ecosystem. The virtual assistant clearly isn’t going anywhere; it is embedded in the OS after all, and it will remain there. However, in terms of competing with other VA’s in the app space, the company has wisely decided not to attempt to fight that battle and focus their energies elsewhere. So Cortana is soon to be a thing of the past on mobile devices.

That’s not necessarily a bad thing. Microsoft can continue to refine Cortana’s capabilities, making it an indispensable part of the OS, while Alexa, Siri, and Google’s ubiquitous assistant battle it out in the mobile market where they’ve already firmly established and entrenched themselves.

Kudos to Microsoft for reading the room correctly and focusing their energies where they can do the most good. While Cortana will barely be missed in the mobile ecosystem, we look forward to seeing what enhancements the company has in store for their VA in the Windows environment.