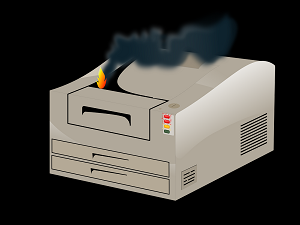 If you’re one of the legions of Windows users, you may be aware that the OS currently has some printer issues. In fact, they’re so severe that the bug has been dubbed “PrintNightmare,” and note that this flaw affects all versions of Windows.

The good news is that Microsoft got to work just after the issue was initially reported, and began issuing patches to fix it. The bad news is that it turned out to be a bit more complicated than anybody realized at the time. In fact, despite already having issued a few new patches, the problem persists for some users.

Microsoft is still at it, and has recently released additional patches for more versions of Windows impacted by the bug. These are Out of Band patches, so you may miss them if all you’re doing is updating via the “Patch Tuesday” series of security updates.

The two issues at the root of the problem are being tracked as CVE-2021-1675 and CVE-2021-34527. If you’ve got one or more users who are still impacted by the bug, the Redmond giant has advised admins to disable the print spooler until a patch that takes care of the issue can be applied.

In the company’s latest update regarding the matter, they write:

When these patches are applied, non admin users will be restricted to installing signed print drivers to a print server, but admins will be able to install both signed and unsigned drivers. Admins also have the options to configure the “RestrictDriverInstallationToAdministrators” such that non admins cannot even install signed drivers if they wish.

Unfortunately, a security researcher named Will Dormann reported via Twitter that he had found a way to bypass the new restrictions the new patches put in place. So this may not be the end of the issue. It is, nonetheless, a big step forward, and a clear sign that the PrintNightmare will soon be ending.