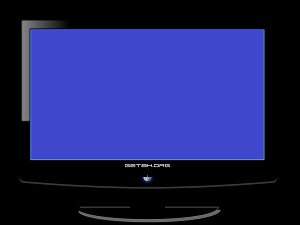 On the heels of Microsoft’s announcement of Windows 11, the Redmond Giant published an overview of the changes we can expect when the new OS rolls out. There’s a lot to like in what the company has told us so far.

One change, however, has largely escaped notice. Granted, it’s a small change, but when you see it, you’re sure to take note.

The infamous Blue Screen of Death is going away. No, that’s not completely accurate, it’s not so much going away as it is changing color. Once Windows 11 is released, when something goes catastrophically wrong, we’ll be treated to a Black Screen of Death, which somehow seems more appropriate, if not more ominous.

Microsoft has already begun testing various aspects of Windows 11, but the new Black Screen of Death hasn’t been fully enabled yet.

The Blue Screen of Death first appeared way back in Windows 3.0, and it hasn’t seen many changes since its introduction. In 2012, during a Windows 8 update, the company added a sad face to the screen, and in 2016, they incorporated QR codes. Both the sad face and the QR codes will remain for Windows 11. Only the color will change.

Microsoft hasn’t commented on the reasoning behind the small but ominous change, but theories abound. Mostly, the prevailing line of thought goes, it has to do with aesthetics. Microsoft is working hard to freshen up and modernize the look of their OS, and crisp, black screens are a bit of a departure for them.

Whatever the reason, if you’re an IT professional, you’ll still have a screen that provides the stop code and crash dump information. That will at least help you get started on a diagnosis when things go sideways.