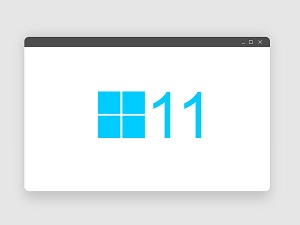 Not long ago, Microsoft announced the development of Windows 11, which formally brought the Windows 10 era to a close. Details were sketchy of course, as is often the case with announcements like the one Microsoft made. However, over time, additional details have come to light.

Recently, for instance, the company announced that they were considering lowering the requirements for the Windows 11 OS. The minimum requirements initially published for Windows 11 would have excluded a number of CPU’s, even if that hardware would have no particular difficulty running the new OS. The company’s initial decision was such that only Intel 8th generation, AMD Zen 2, and Qualcomm 7 and 8 processors would be deemed compatible, which really narrowed the field.

Additionally, the company’s initial requirements mandated a TPM 2.0 security processor to even be able to install the new OS.

Needless to say, the company’s massive user base took a dim view of what they considered to be draconian requirements. The company found itself on the receiving end of a massive wave of negative feedback based on their decision. In light of that, the company began walking at least some of their prior statements back.

“As we release to Windows Insiders and partner with our OEMs, we will test to identify devices running on Intel 7th generation and AMD Zen 1 that may meet our principles.” “Based on the feedback so far, we acknowledge that it was not fully prepared to share the level of detail or accuracy you expected from us on why a Windows 10 PC doesn’t meet upgrade requirements.”

It’s fair to say that this drama is far from over. Microsoft is barely into the planning stages of the new OS, and we can expect lots of changes, some public, and others hidden or mostly hidden from view. One thing’s for sure though. The new OS is coming. We may not know exactly what form it will take yet, or what machines will run it, but it’s coming.