4G Internet Is Headed To The Moon 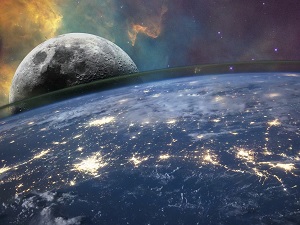 NASA has big ambitions to put 4G internet on the moon, and has tasked Nokia with turning their dream into a reality.

It seems like the next logical step, really, since 4G has basically conquered planet earth. It can even be found on offshore oil rigs and atop Mount Everest, but the moon?

It’s actually not as crazy as it sounds.

After all, the goal of NASA’s Artemis program is to establish a permanent human presence on the moon by the end of this decade. So, if we’re going to have people there on a permanent basis, then they’re going to need a reliable way of communicating with earth. The American space agency has decided that 4G connectivity is the solution.

It’s certainly a big job, but not without precedent. After all, the astronauts living and working on the International Space Station (ISS) have been using Wi-Fi since 2008, and are even capable of live streaming space walks, thanks to gear added to their space suits.

For their part, Nokia has been tasked with creating a local network on the moon, to extend across roughly five kilometers, designed to enable seamless communications between astronauts and equipment on the ground. This, however, would naturally be tied into the proprietary system NASA has already developed to enable communications between space and the Earth. That would ultimately give our moon-based humans access to the ‘net, even while camped out on the moon.

The network would, of course, be useful for more than live streaming videos from the moon to earth or enabling quick communications. Once in place, Nokia’s network would make it a simple matter for astronauts to remote-pilot drones, rovers and similar equipment, which would make it easier to get useful work done on the moon’s surface.

It’s an exciting project, and over the next few years, we can expect to see, hear, and learn more about the details. A grand adventure indeed!