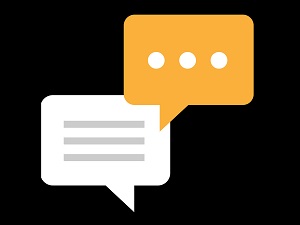 About eighteen months ago, a number of big mobile carriers got together to create the “Cross-Carrier Messaging Initiative.” Their goal was to roll out a Rich Communication Services (RCS) platform designed to allow for text messaging across a variety of platforms, creating a seamless user experience.

It’s something that sounds simple enough, and it’s a great idea on paper.

Unfortunately, putting that idea into practice is another matter entirely. To date, their efforts to do so have been a disaster. In fact, it’s been such an epic failure that Verizon recently confirmed that the initiative is dead. Eighteen months of concerned effort by some of the biggest names in the mobile business have resulted in essentially nothing.

Originally, RCS was envisioned as being a massive upgrade for SMS, which was born in 1992 and has served since as the default basic carrier messaging service. Unfortunately, SMS hasn’t kept pace, feature-wise with more modern messaging services like Facebook Messenger, iMessage and WhatsApp.

Unfortunately, even RCS as envisioned by the carriers participating in the project still wouldn’t have been as feature rich as the apps mentioned above. However, it would be a step up from SMS and include features like typing information, read receipts, location sharing and presence information.

The single biggest issue with RCS is the fact that since messaging is free, there was never any way to monetize it. That meant that there was no real incentive for the big carriers to put serious resources into the initiative.

Then there’s the fact that Apple never supported the initiative, and without Apple, there’s really not much point in pressing ahead anyway.

If there’s any hope at all, it lies in Google’s 2015 purchase of Jibe, which is a middleware company offering RCS solutions to carriers. That, combined with Google’s recent deal with T-Mobile may make something like RCS a reality, though Google has been keeping their longer-term plans close to the vest.

For the moment though, RCS remains an unrealized dream. That’s a pity.